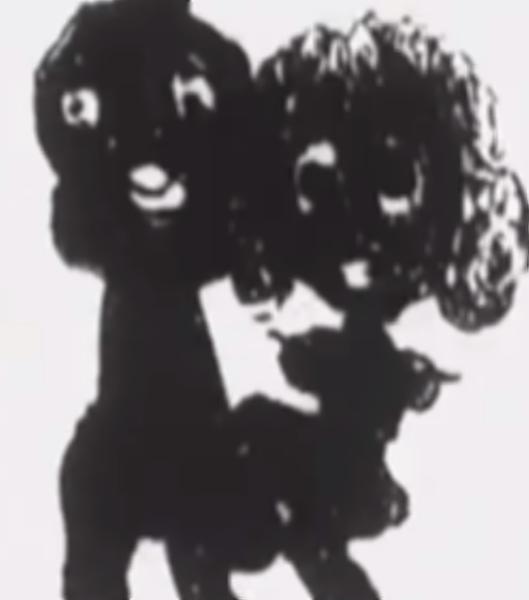 Zeichenfilm - Balzac oder das Auge Gottes is a play on the idea of trick film. And trick film it is. The 30-second work is shown twice in case the viewer missed something the first time: in crude hand-drawn animation Zeichenfilm ... evokes the scatological sado-masochistic actions and performances of Otto Muehl and Günter Brus which Kren filmed during his second period. In Zeichenfilm Balzac a male figure hangs himself, achieves a monstrous erection and ejaculates into a woman's mouth. She in turn hangs herself; he enters her vaginally then anally. Finally, she defecates on the left side of the frame wherein appears an eye of God while on the right in a cartoon box the words "Aber Otto" ("But Otto") materialize, a comic reference to Otto Muehl.