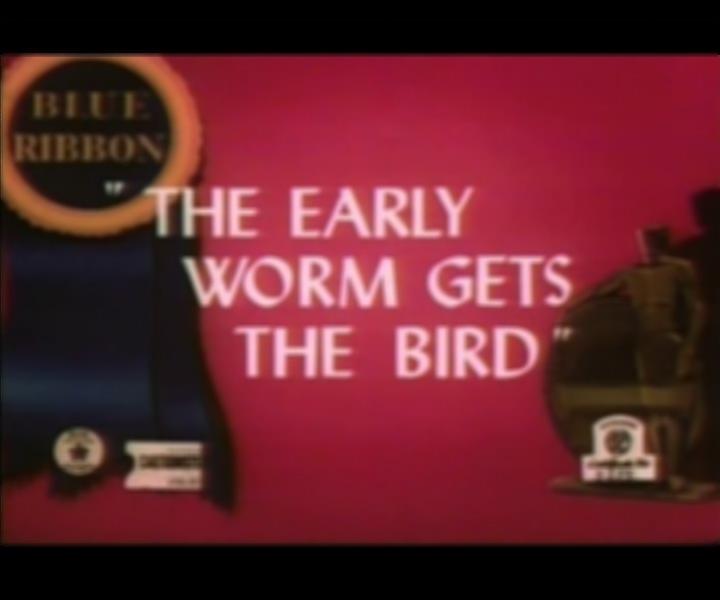 The Early Worm Gets the Bird

The Early Worm Gets the Bird

Mammy blackbird puts her three little ones to bed, but one of them stays up reading "The Early Bird Catches the Worm." Mammy throws the book out the window and warns the little ones about the fox, which will surely get them if they try to be an early bird. The reader pays no heed, and gets up at 5 AM. Alas, the worm has seen the book, so is alerted and evades the bird. And sure enough, before long, the fox shows up and soon has the bird in his grasp. The worm takes pity, though, and lures a bee into stinging the fox so he'll release the bird. The bird heads home to safety, but unlike his brothers, he's not interested when mammy asks if he wants worms for breakfast (and the worm pops up to say, "neither does I, mammy.")

Elenco de The Early Worm Gets the Bird