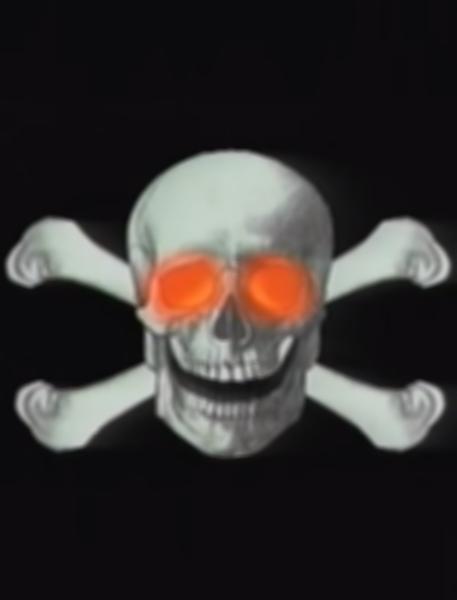 Skull & Crossbones is a family board game playable with or without a video.

The players represent pirates who have deserted Captain Skull's crew and are trying to locate and steal his treasure, and escape, before Captain Skull returns, captures them and makes them "walk the plank".

Movement is controlled by the use of "move" cards which direct players to move a number of spaces in a given, or choice of given, directions (North, South, East and West). In so doing players collect location cards, visit locations, and try and identify the whereabouts of keys which can be used to open Captain Skull's treasure chests.

On the video, which runs in real-time, Captain Skull will intervene to try and stop you finding his treasure. His parrot 'Crossbones', on the other hand, will be trying to help.